If you have Obsessive Compulsive Disorder, you know what it feels like to have recurrent intrusive negative thoughts. These thoughts come out of nowhere, make you anxious and make you do things to undo their effect.

They make you feel guilty- guilty for just having these thoughts! When you say to yourself – ‘how can I think like this?’, ‘why am I thinking like this?’,  ‘I am bad because I have such bad thoughts!’, you are feeling guilty for having intrusive thoughts.

So, you perform a specific action a number of times that helps you feel like you’ve apologized for the thought, or have undone its effect.

It almost seems natural for guilt to come in when you have such thoughts. However, maybe this guilt is misleading. You are probably feeling guilty for something that you are not responsible for.

Now, what does this mean?

If you think about it – these bad, uncomfortable or scary thoughts are technically called ‘intrusive’ thoughts

What really is an Intrusive Thought?

Having understood that intrusive thoughts are thoughts that you don’t want, let’s go back to the feeling of guilt that these thoughts give rise to.

TRYING TO GET RID OF YOUR INTRUSIVE THOUGHTS?

What makes you feel guilty when you experience thoughts that you don’t want?

Mostly, you will find that the guilt is due to the ‘content’ of the thought. Content is what the thought is about, such as religion, sex, violence etc. You feel guilty because you had a negative thought about religion, or a violent thought

However, what you miss out on is the “process” of the thought.

What is the ‘process’ of thought in Obsessive Compulsive Disorder?

Read this carefully, since it could be slightly difficult to understand.

Process of thought is about how the thought comes into your mind, and how you respond to the thought.

To understand this better, think of a general thought you might have – about completing a project, going to buy groceries, or telling your friend that you’re disappointed with what he said yesterday.

Now compare this with an intrusive thought.

For a minute, relax, and think –

Both thoughts come to your mind. But can you sense a difference between the two?

The difference is in the way these thoughts come to your mind, and in your response to both kinds of thoughts.

When you have a general thought, it seems to be part of the natural flow of thoughts. There is some intention involved in it. Yes, you intend to complete that project since it is due. You need to talk to that friend to sort things out. Your mind accepts the thought as being in line with, or consistent with the rest of your behavior, and overall personality.

On the contrary, when you have an intrusive thought, your mind doesn’t accept it. The thought seems to stick out like a sore thumb and is not compatible with the rest of your behavior or intentions. For example, having the thought ‘a violent event will happen’ when you are driving or studying doesn’t fit with your intention, desire, or behavior. On the contrary, you don’t in the least want such an event to happen.

If you consider the process of thoughts, you will realize that you actually don’t need to feel guilty about having intrusive thoughts.

Guilt comes in when we intentionally do something that turns out to be unhealthy or hurtful. Here, the thoughts intrude into your mind. They literally ‘intrude’… your mind doesn’t want them.  Hence, there is no real need for guilt. You don’t need to question your integrity and morality when these thoughts come. Instead, treat the thought like a cloud – it will come and go. Even if it comes to your mind more than other thoughts, it still doesn’t mean that intrusive thought is ‘you’.

This distinction between a thought and an intrusive thought is difficult to make I know, however, it does become easier with time. What matters is, making this distinction and truly realizing what these two types of thoughts are will relieve you of much of the guilt that you feel.

Feel  free to write in with your questions. We would be glad to help in whatever way we can. 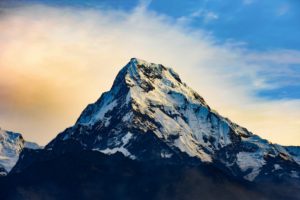 Stress is really an overused word and yet it is... 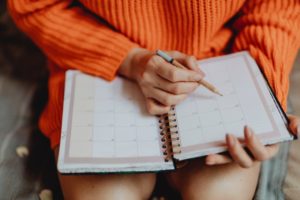 At times, you just know that this is where you... 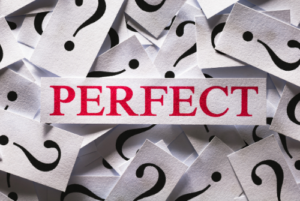 6 thoughts on “IT IS JUST AN INTRUSIVE THOUGHT!– DEALING WITH GUILT IN OBSESSIVE COMPULSIVE DISORDER”