It’s Mental Health Awareness Week and we’re excited about it! Each year, we pick a theme and explore its various angles in each of our 7 articles posted daily through the week. In the previous years, we have spoken about different approaches of looking within, the most effective mental health tips, exercises that help you become mindful and various aspects of mental health.

This year, we have been feeling a bit mystical and so we are going to be talking about “Discovering Archetypes”!  We thought it would be fun if we could take you a bit deeper into the recesses of the human psyche and explore its mystery.

It can’t be denied that there is definite intrigue and mystique around discovering things ‘beneath the surface’ – we are all too familiar with: the curious scheming in folktales to procure an ‘underground treasure’; the terrifying idea of an intricately designed hell below the surface of the earth portrayed vividly by Dante in his epic poem, Inferno; the samudra manthan episode which came from a desire for amrit or the elixir of life that had to be churned out of the depths of the ocean… and many more such references that show our fascination for things that lie underneath and are hidden from view!

Ironically, the most significant thing cleverly hidden outside our zone of awareness, is a huge chunk of our own mind – and this week, we will spend some time getting to know its archetypal manifestations.

First, let us first introduce you to Carl Jung, the psychoanalyst who first talked about archetypes and we will then give you a brief background of some related concepts.

Carl Jung was a Swiss psychiatrist and spent a lot of his early career, working with Sigmund Freud, the father of psychoanalysis himself. Jung was deeply fascinated with Freud’s concept of the unconscious mind and was keen to explore the human psyche through dreams, myths, symbols, art and philosophy. Eventually, Jung parted with Freud and formed his own theoretical approach called Analytical Psychology.

To begin understanding all about archetypes, it’s important to get a peek into how the psychoanalysts understood the human psyche:

The basic premise of psychoanalysis is a strong belief in the existence of the unconscious. According to them, a significant part of what makes us us, is our unconscious mind. In fact theorists are known to have said that the conscious mind is like the tip of the iceberg. 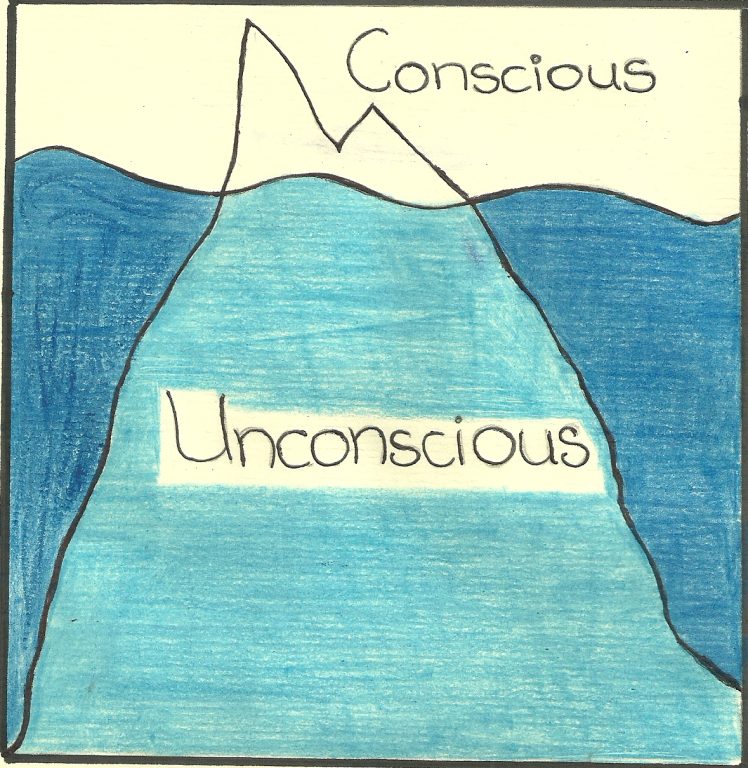 What is available and known to us is only a limited portion of our mind, while the larger chunk of it, remains hidden from our immediate awareness but nonetheless, makes it presence felt in various ways. We can hardly deny the unconscious as we are often surprised by our dreams, certain emotions that unknowingly come up or some memory we encounter which we had forgotten about.

This means that when we are born, we inherit a database of sorts – a totality of the human experience, which is comprised of all events, memories, symbols, emotions which have been existing in the human psyche since the evolution of our species and has been built upon ever since.

The collective unconscious is separate from our personal psyches of course, which develop with our own experience, but in many ways, its contents are enmeshed with the latter and ultimately it gets manifested in us and through us.

Now that we have understood how our mind is much more than what we are able to observe and understand directly and how we are in many ways, operating from an unconscious, collective psyche, we can come to appreciate the concept of an archetype.

“Archetypes are like riverbeds which dry up when the water deserts them, but which it can find again at any time. An archetype is like an old watercourse along which the water of life has flowed for centuries, digging a deep channel for itself.” – Carl Jung

The collective unsconscious, among other things, is made up of instincts and archetypes. The term ‘archetype’ has its origins in ancient Greek. The root words are ‘archein’, which means original or old; and ‘typos’, which means pattern, model or type. The combined meaning is an ‘original pattern’ – in a sense, a universal image or an idea, that influences and manifests through each of us, in everything we do.

Jon Howard-Spink put it this way, “An archetype is a universally familiar character or situation that transcends time, place, culture, gender and age. It represents an eternal truth.”

Archetypes are seen across stories, myths and are an inseparable part of the culture of human beings. Several myths and tales woven over time, in lands geographically apart –seem to share the same threads. These threads are the archetypes – that cut across time, space and culture. All over the world, since always, we have imagined the idea of the hero having similar characteristics, the villain too, the damsel in distress, the wise old man and so on.

These figures transcend boundaries and irrespective of cultural difference or differences in personal experiences, we all will identify a similar set of patterns and traits. These patterns that recur and resonate within our stories, characters and us are the archetypes.

Individuation, or self-development, refers to human beings’ innate urge towards wholeness. Carl Jung calls it the process of integration between the center of consciousness (the ego) and the center of total psyche, the conscious and the unconscious (the self). Thus, individuation refers to integrating all the parts of the psyche and developing wholeness, and slowly moving towards self-realisation.

We hope that through this series, you will be able to catch a sneak-peek into the remote, unexplored parts of your mind will help you discover how these sides present themselves in the world around us and most importantly, within ourselves. We hope that this series helps you come closer to a more integrated understanding of your own self.

Throughout this week, each psychologist from our team will reach into this mystical jar of our collective unconscious and bring to fore an archetype each day to help you get a closer look at it.

In the meanwhile, you could find out which one of the several prominent archetypes predominantly manifest in your life story by taking this quiz, based on the Pearson-Marr Type Indicator and stay tuned to know more about the first archetype we are going to talk about!